Updated 28.10.2016
ALD History Blog was created on October 25, 2015 (it went public on Oct 28). I have shared statistics after 1 month, three months and half a year. This post completes the series and presents statistics after one year of the blog. A recent post was also written of the learnings related to having the blog. Here are some key numbers:

Then, to the screen captures showing the statistics.  --- I am especially happy of the attention from Japan in the last months. This is because we are still perfecting VPHA's list of early ALD publications up to 1986, and I suspect that we are missing several Japanese publications by Jun-ichi Nishizawa and collaborators. We would need Japanese volunteer(s) in VPHA to get all those works included in the worldwide lists. Those interested to participate in VPHA can contact info@ vph-ald.com (delete the space). 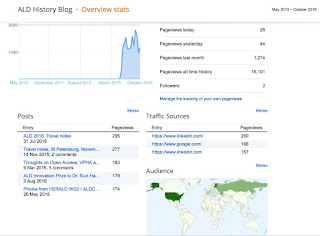 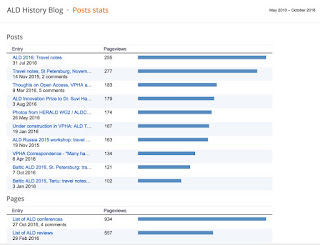 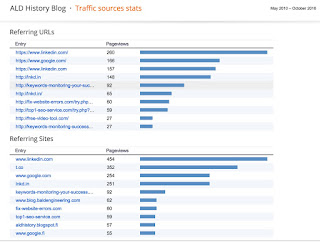 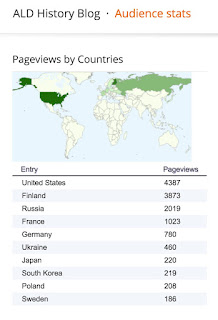