I had the pleasure of visiting St. Petersburg in November 2015. This was my second visit to St. Petersburg related to ALD; the first was in November 2013, when I gave a talk at the opening seminar of Beneq AppLab at ETU (LETI). The purpose of this visit in Nov 2015 was to give an invited talk on the state-of-art of ALD at the Flexible Electronics conference organized by LETI - ETU (electrotechnical university). Now, as also in 2013, I could also meet local ALD colleagues, including the "grand old names" of Molecular Layering (ML)-ALD, Prof. Anatoly Malygin and Prof. Victor Drozd.


Some notes and photos from the visit below. Conference links:
My wish after this visit is, just as I wished after the ALD Russia meeting in September 2015, that the worldwide scientific ALD community could once meet in an international ALD conference in St. Petersburg.

Visit to St Petersburg State University, to meet Prof. Victor Drozd and colleagues. A colleague by Drozd picked me up from the hotel, and drove me to Peterhof, which is located quite a significant distance from St Petersburg centre, at the southern side of the Gulf of Finland. In addition to visiting laboratories and meeting the director of the chemistry department, I saw the rotating reactor of Drozd from mid-1990s, with which he surprised us at the Baltic ALD conference in 2014. Drozd introduced this to be in a museum state, but the reactor was still operational what comes to the vacuum pump, heating system, nitrogen flow - these all were switched on for me. Also I could see the current-day reactor design of Drozd, which was perhaps still more interesting.

I gave a pre-presentation of my talk at Gibkaya Elektronika to Drozd and his two colleagues, and got one additional name to my list of ALD reactor supplier companies (current number: 34).

The way back was more difficult than the way there: I came with a local bus, and switched to the metro, and transferred the metro line once.

This was the day of the Gibkaya Elektronika conference, which was organized by and at LETI, conveniently close to my hotel.

In the morning, there was a scientific school session on diamond for electronics, which I was also invited to attend. It was all in Russian. My "personal translator" Anton had created some material for me in English, which was helpful. The honoured professor Tairov, "Mr. Silicon Carbide", chaired the morning session.

The Flexible Electronics part started in the afternoon. First was my invited talk, which was not so much related to flexible electronics but to the status of ALD market and research trends in general. The estimated number of people in the audience was about 80 (number given by Prof. Alexey Ivanov). After my talk, the conference continued in Russian; I was the only foreign participant at this "Russian conference with international participation".

The last day of my visit was dedicated to meeting Prof Malygin from St Petersburg State Technological Institute. It was easy to go to Technological Institute with metro, as they have an own station along the line #2, the same line that went close to my hotel (Petrogradskaya station). At Technological Institute, I gave again the state-of-art ALD talk; this time there about 20 students and ALD researchers listening. It was very nice to meet Prof. Malygin and colleagues again, and have a quick look in the laboratory, too. 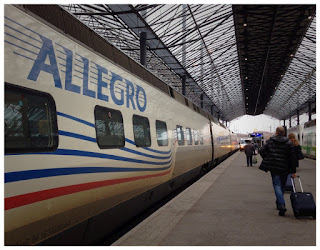 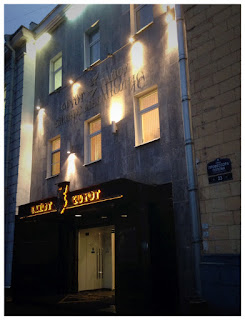 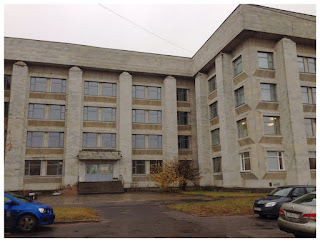 First scientific visit in St Petersburg was at the Chemistry department at St Peterburg State University, to meet Prof Drozd and colleagues. Photo by Riikka Puurunen, 11.11.2015 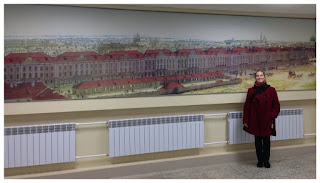 In front of a "never-ending picture" in the hall of Chemistry department, St Peterburg State University. Photo taken by Victor Drozd, 11.11.2015 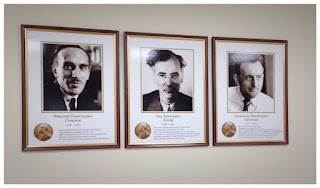 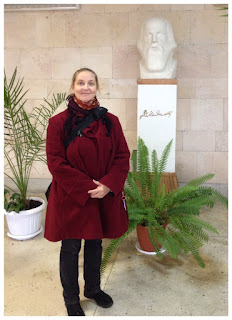 Mendeleev is perhaps the most famous chemist from St. Petersburg. This statue of him is at the entrance hall of the Chemistry department, St Peterburg State University. Photo by Victor Drozd, 11.11.2015. 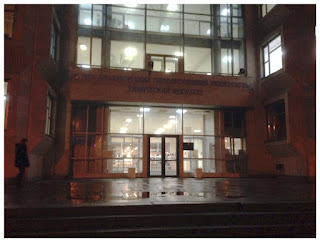 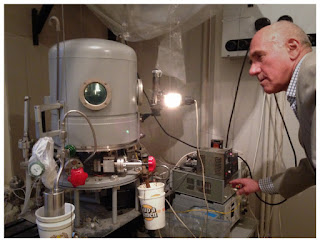 Prof. Drozd showing the rotary reactor used to grow ALD films from compound reactants with a high growth rate (about five rotations per second). Vacuum, nitrogen flow, heating, and rotation were switched on for the demonstration. Photo by Riikka Puurunen, 11.11.2015. 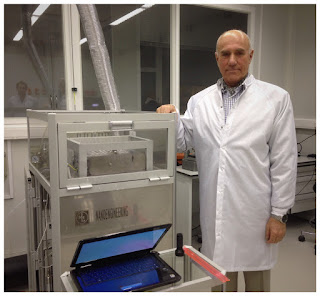 Prof. Drozd and his current design of thin film ALD reactor, at St Petersburg State University, made with the Nanoengineering brand. Photo by Riikka Puurunen, 11.11.2015. 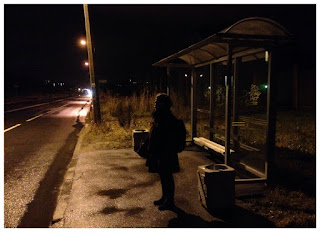 Waiting for bus in Peterhof, to go back to St Petersburg to the hotel. Photo taken by Victor Drozd, 11.11.2015. 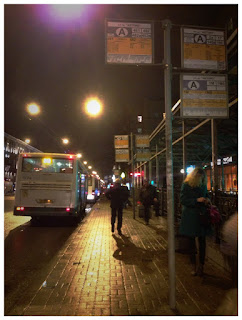 Stepping out from the bus at Avtovo metro station - the bus ride took about an hour. Local help was needed to know when to get out. Photo by Riikka Puurunen, 11.11.2015. 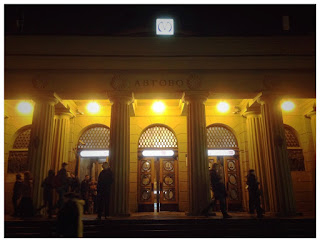 Entrance of the Avtovo metro station in St Peterburg. This place starts to be familiar to me already, as I made the same transfer in 2013. Photo by Riikka Puurunen, 11.11.2015. 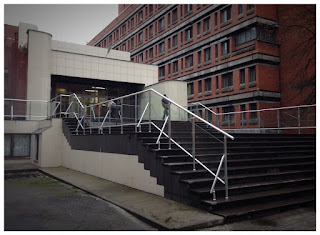 Entrance of the Electrotechnical University (ETU - LETI) in St Petersburg, where the Flexible Electronics conference was organized by Prof Luchinin, Prof Alexey Ivanov and colleagues. Photo by Riikka Puurunen, 12.11.2015. 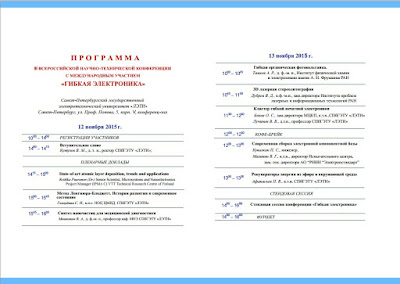 Figure: Screenshot of the conference programme from the website, http://eltech.ru/assets/files/university/irvc/konferencii/2015/KADRI/Programma_Gibkaya-elektronika.pdf. 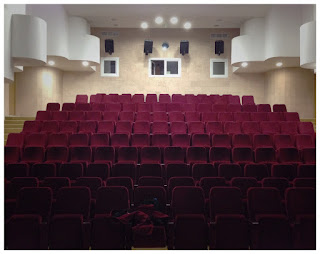 This lecture hall at ETU (LETI) was more than half full during my lecture. Photo by Riikka Puurunen, 12.11.2015. 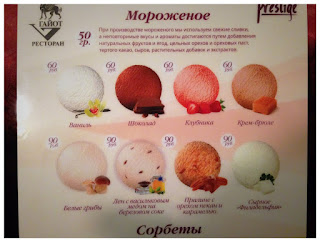 In the evening, invited speakers were taken for dinner. Mushroom ice cream must be the weirdest thing there is, but it actually tasted very good, at the restaurant of the hotel. Photo by Riikka Puurunen, 12.11.2015. 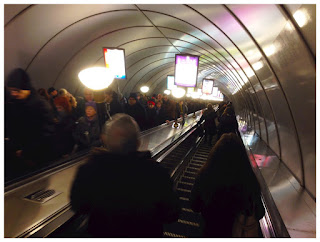 The metro of St Petersburg is very convenient, and some lines go truly deep underground, e.g. at Petrogradskaya station. Photo by Riikka Puurunen, 13.11.2015, on the way to Technological Institute. 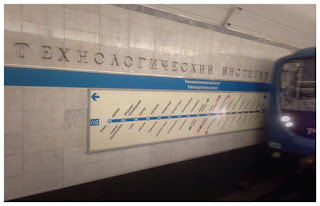 Technological Institute has its own metro station. Photo by Riikka Puurunen. 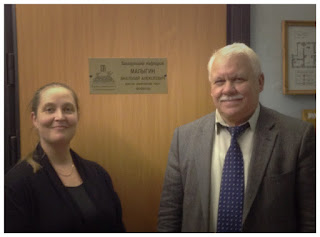 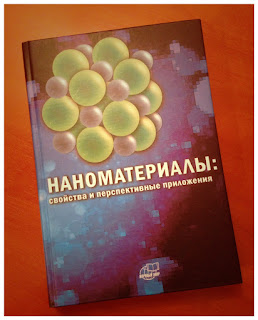 It seems like every time I go to Russia, I come back with more ALD literature in Russian. This one, "Nanomaterials", contains a chapter written by Prof Anatoly Malygin. Photo taken by Riikka Puurunen. 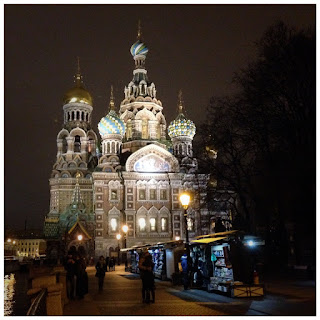 Friday evening I had time to go to the centre. This church, "Spas na Krovi", keeps impressing me. Photo by Riikka Puurunen, 13.11.2015. 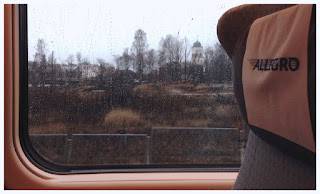